The Art of the Deal

Austin, Texas – April 14, 2015 – We are excited to announce the release of the next podcast in our TOP Talks series. The podcast features PTV Managing Director Rick Anderson and PTV Senior Advisor and former Vice President of Business Development and Strategic Planning for the Medical Device and Diagnostics Group of Johnson & Johnson, Richard Dakers, as they delve into the art of M&A dealmaking.

In the podcast Dakers offers a refreshingly candid look at “the way things get done”, discussing the markers that make a deal go well, the role CEOs should play in negotiations, how strategics value businesses, and his advice to first-time deal makers.  Dakers says that while the process of deal making can sound coy to some people, the reality is that it’s about building bridges. “You build a bridge between a small company and a small company culture and a large company and a large company culture and you sort of help them understand each other.”

Ultimately, Dakers stresses that business development is a process, and one that requires openness, honesty, and transparency from both sides. “[It’s] is not a game, it’s not a sport, it’s not a win-lose competition, it’s a process,” says Dakers.  “And if you’re prepared to harness yourself to it, I think everybody can do well and everybody can walk away with their heads held high and be realistic that you would do it again with each other.” 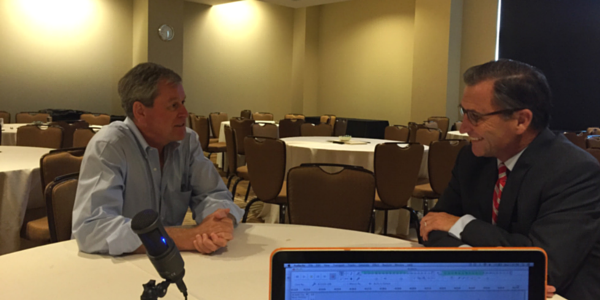 Richard Dakers is an senior business leader with over 35 years of experience in the medtech space and a strong track record in corporate development, deal processes and deal structure. He is currently the Principle of Raeburn Consulting Services, where he is responsible for advising on strategy development and business planning. Prior to Raeburn, Richard served as EVP Business Development and Chief Strategy Officer for West Health, dedicated to pioneering smarter technologies and policies to reduce the burden of expensive healthcare for Americans. Richard began his career at Johnson & Johnson in 1979, where he held executive positions throughout several business segments until 2012, including VP of Business Development and Strategic Planning for the Medical Device and Diagnostics Group.

TOP Talks, PTV’s podcast series, features conversations between PTV Managing Director Rick Anderson and various industry thought leaders as they discuss the changing landscape of the healthcare industry and what that means for healthcare entrepreneurs. Previous episodes can be found on PTV’s website.